MASHED is a tabletop roleplaying game that uses Powered by the Apocalypse rules to explore the value of human life and the stresses of war—but it’s also about relationships. And courage. And laughter. And love.

Although your characters spend long hours performing surgery, MASHED compresses these into short events to focus on the most dramatic moments. Much of the game actually occurs outside of the operating tent, at times when the flow of casualties has ebbed. Here you may fall in or out of love, fight the orders of ineffective top brass, set up pranks, help your South Korean allies, pick fights, seduce your way through the unit, pull rank, and much more.

If you can find ways to relax amid the horrors of surgery and war, you might get rotated home with your sanity intact. Just remember that you’re practicing medicine in a combat zone—and death isn’t confined to the operating tent.

"MASHED weaves history and military procedures through the game in a totally fitting way, doesn't dwell on or ignore the challenges of the era for modern eyes, and features a brilliant use of countdown clocks and wounds. I cannot wait to see this finished and on the table." - Meguey Baker, creator of 1001 Nights, co-designer of Apocalypse World

The download includes the MASHED RPG (262-page PDF) and all of the complete handouts designed for print-and-play:

"Part game, part history lesson, MASHED captures the human drama of battlefield medicine within the context of the Korean War." - Marshall Miller, creator of The Warren

MASHED is a tabletop roleplaying game for 3+ players, one of whom serves as the Commanding Officer (CO). A single game session can be as short as two hours, or extended into longer multiple sessions to eventually cover all three years of the Korean War.

The game informs and educates through play, helping the reader learn more about the Korean War and the costs that war imposes on those who live through it. However, as Joss Whedon once said "Make it dark, make it grim, make it tough, but then, for the love of God, tell a joke." With that in mind, the book covers the entire Korean War in seven phases, with 30+ threats, 80+ events, and dozens of story questions featuring light comedy, gallows humor, and mature situations, all of which can be combined in new ways to create a multitude of scenarios.

"MASHED uses a system that beats down the characters so they find solace in each other, places it into historical fictional context in which you're all the foreigners, and primes you for dramatic and challenging play." - Fraser Simons, creator of The Veil

The rules are based on Vincent and Meguey Baker’s innovative Apocalypse World game engine and inspired by other Powered by the Apocalypse games such as Night Witches, Blades in the Dark, The Warren, Monsterhearts, and others. The core mechanic involves rolling two 6-sided dice and adding a single character stat against results of 10+ (success), 7-9 (success with complications), or 6- (things get worse).

Major mechanical additions and differences include: Roles (personalities with unique moves), Stress points to affect personalities and change Roles during play, and medical moves with triggers that reinforce the need for teamwork during operating room events.

When an Operating Room event occurs, you and your surgical team use medical moves (Assist, Diagnose, Prescribe, and Treat) in conjunction with a special patient playsheet. You use moves to try and stabilize the patient before the countdown runs out, but failed moves can impose consequences and complications that you'll have to work together to resolve.

When you create your character, you choose one of seven included Playbooks that provide a template for your character. Each playbook (Angel, Corpsman, Cowboy, Cutter, Doc, Grunt, and Padre) covers one of the MASH's medical or other Army personnel types, and includes a variety of options for you to customize your character.

You also choose from one of eight character Roles that represent their personality (Bully, Casanova, Clown, Gray, Misanthrope, Operator, Sky Pilot, and Stickler), each of which contain unique moves (actions). Your playbook stays the same throughout the game, but accumulating Stress points can change your role, thus representing how the war affects your personality. You can embrace the transition to a new role or try to relieve this stress by taking actions appropriate for your current role. Your Role also affects your interactions with other players and how well you're able to connect with them.

A Note on the Historical Fiction

Your 8099th MASH unit is fictional, but the phases of the war and many of the possible threats, events, and questions are historically inspired. MASHED includes a detailed bibliography of over 60 non-fiction books, interviews, medical journals, and other publications that provided information and inspiration in equal measures.

All names, characters, organizations, places, products, incidents, and locales are either products of the author's imagination or are used fictitiously.

MASH is the acronym for Mobile Army Surgical Hospital. MASHED is not based on or derived from, and should not be implied as being an official or authorized part of, the M*A*S*H media franchise. M*A*S*H is a registered trademark of 20th Century Fox Film Corporation.

In order to download this RPG you must purchase it at or above the minimum price of $14.99 USD. You will get access to the following files: 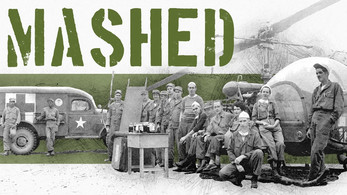 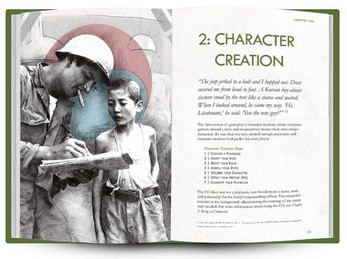 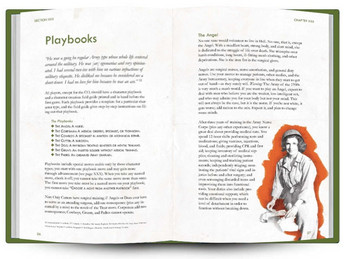 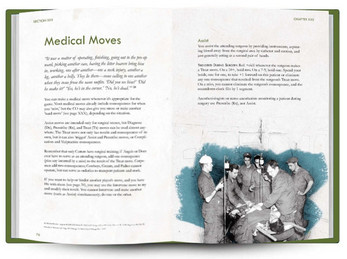 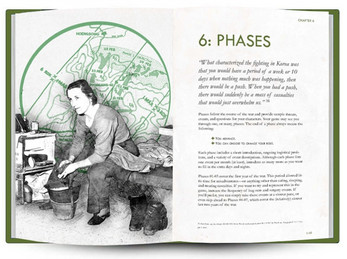